A Cut Above; how J. Myles uses his Searcy barbershop to make a difference in the community

SEARCY, Ark. – Growing up on the Southside of Chicago, Joseph Myles always knew he wanted to make a difference in the world. Using his barbershop, Myles is working to make that difference happen in Searcy, by uniting the community into one chair.

Myles started cutting hair when he was 10 years old, offering free cuts to his family just out of convenience. Although he felt good about his skills, becoming a barber wasn’t something he ever planned on doing when he grew up. While cutting hair continued to be a hobby over the years, encouragement from Myles’s parents pushed him to make his passion into a career choice.

“When I was working for other people, my life wasn’t on track,” said Myles. “That’s when my parents reminded me that I can be my own boss if I cut hair.”

Three weeks after the conversation with his family, Myles was attending New Tyler Barber College in North Little Rock, Arkansas. While at school Myles told his fellow classmates of his desire to open a barbershop in White County. His classmates weren’t sold on the idea.

“I remember people telling me that a barbershop is not going to work here for a black man,” said Myles. “It just shocked me when they were telling me what I can’t do.”

Despite the naysayers, Myles was eager to start working in a barbershop. He got his first job renting a booth in a salon in Beebe. After just two months there, the owner approached Myles with an unexpected offer.

“Two months later, two months of me working in this man’s shop, he wanted to sell the business,” said Myles.

Myles took over the business and ran it for five years before deciding to move it to Searcy, where he has remained for the last 11 years. 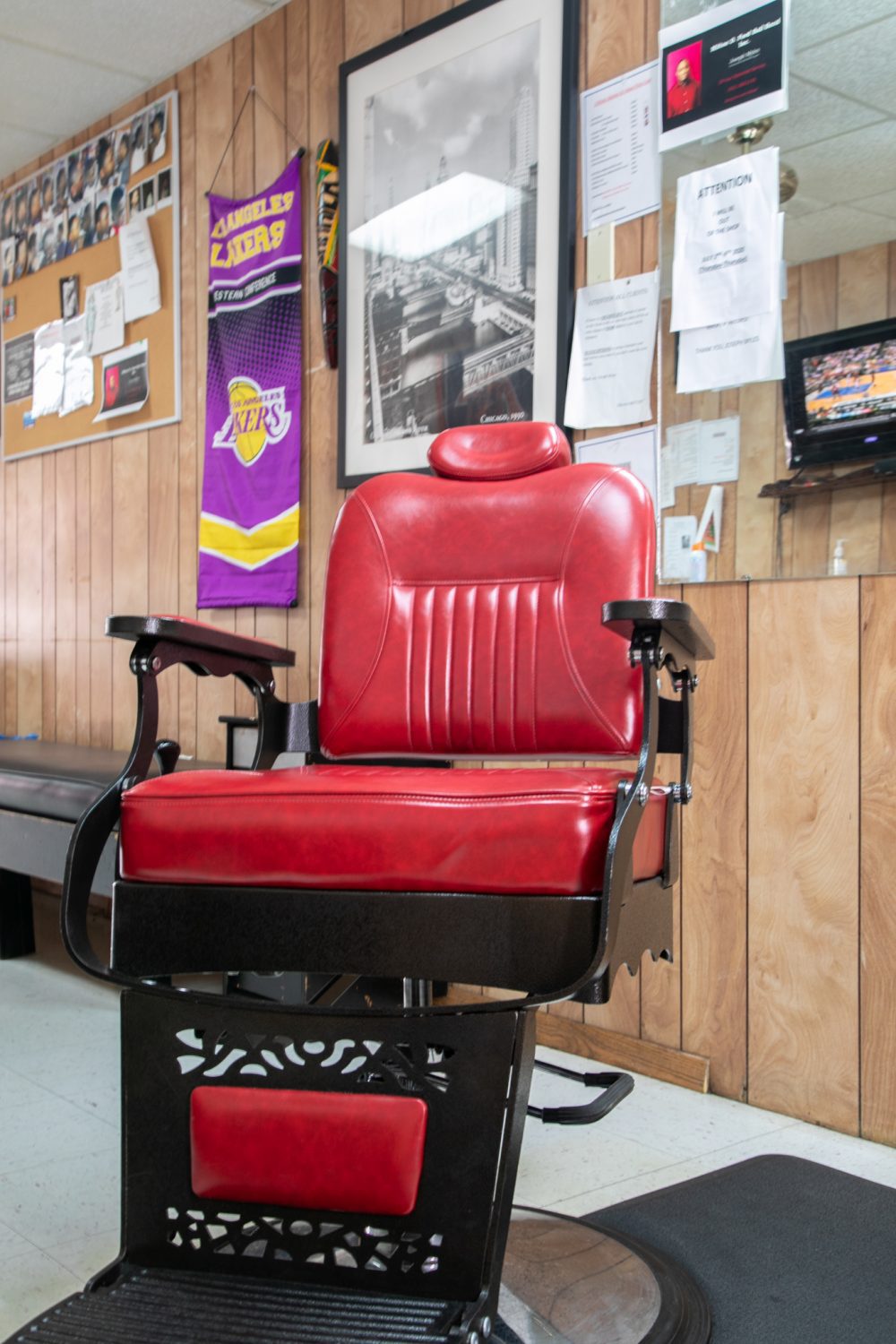 Once in Searcy, Myles began working toward his life-long goal of making a difference. That started by working to change the stigma around his barbershop that only black customers were welcome.

“Over the years I’ve taught myself to cut every type of hair,” said Myles. “People would say stuff to me like, ‘Oh, you were the black barber or you had a black barbershop’ and that offends me. My barbershop is for everybody.”

Myles also wanted to make a difference, by giving back to the community. In 2015 he began his now-yearly back-to-school event, “Day of Caring” offering free haircuts and school supplies to kids in Searcy and White County. He holds the event the week before school starts for any child from preschool to sixth grade.

Myles also sees the event as an opportunity to bring the community together with the local law enforcement and fire department. Kids get the opportunity to meet the police officers and firefighters that serve the Searcy community.

“I started the event five years ago to show the community that loves always beat hate,” said Myles, “ And to bring the law enforcement and first responders closer to the kids in a positive environment”

While kids also get the opportunity to see a police car and firetruck in person, what’s most important to Myles is the opportunity for them to build a connection with the men and women who serve.

“These officers and firefighters sit in the shop for hours and talk with the kids and get to know them and the kids look at them as heroes,” said Myles. “ I want the kids to see them in a positive light and know they can be a hero too if they want to.”

Along with White County, Myles now offers his “Day of Caring” to kids in Pulaski and Independence Counties.

“I just want to give back,” said Myles. “I ask God every day to be a blessing to somebody.”

Myles barbershop was among the many businesses affected by the COVID-19 pandemic and the nationwide shutdown. While he won’t be able to hold his “Day of Caring” event for 2020, he’s still working to achieve his mission; making a difference.

“My main goal is to show people, through having a barbershop, that a black man can give back to everyone, every community, every gender, and help anyone,” said Myles.