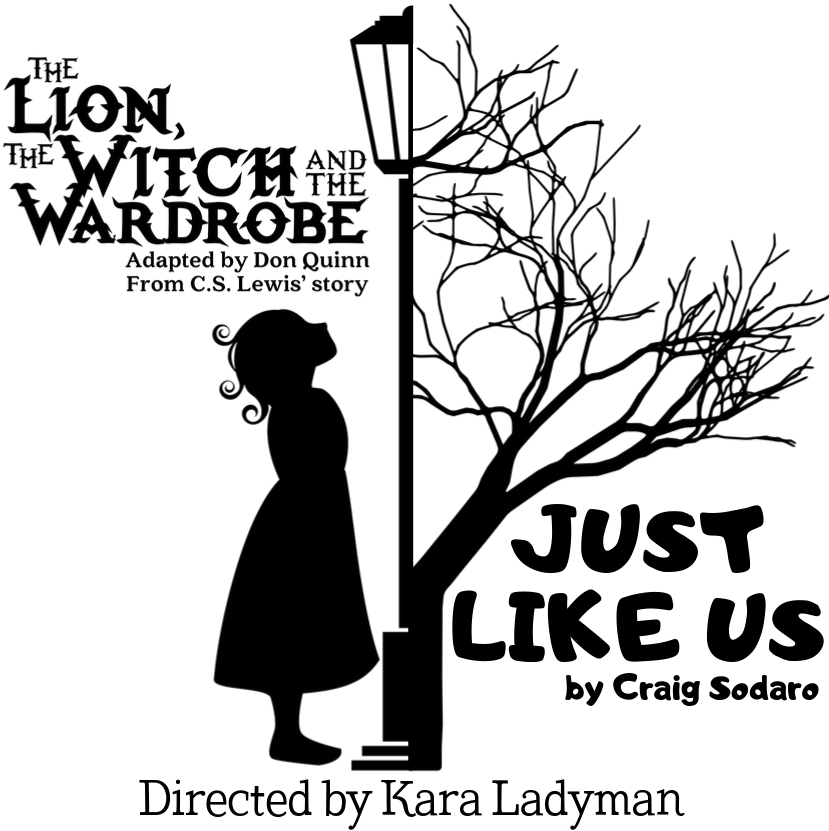 Land O’Frost KidStage, the children’s theater program of Searcy’s Performing Arts Center on the Square, classes feature basic instruction in theater terminology, stage movement, improvisation and pantomime, voice and characterization as they work together to put on a show at the end of the class.

JUST LIKE US (2nd – 6th Graders): This important play for young children teaches a critical lesson about prejudice in a simplistic, non-preachy manner. The story is told by an old tree, who stands neglected in a park. On one side of the park live the poetry-loving Greens. On the other side of the park, the Blues reside, where they enjoy playing musical instruments. Sadly, there is nothing but intolerance, fear, and hatred between the Greens and the Blues. Why? No one quite remembers, but these ingrained feelings diminish the quality of everybody’s lives, including the poor tree, who is left abandoned in the middle. When a storm brings the aqua and purple Allina to the park, both the Greens and the Blues learn some eye-opening lessons about each other and about life. This thought-provoking piece leaves the audience ready to launch into contemplative discussions and problem solving as children explore their own beliefs about stereotyping and prejudice.

THE LION, THE WITCH, & THE WARDROBE (7th – 12th Graders): That master of imaginative enchantment, C.S. Lewis, has created a unique world and he invites children to walk into it and enjoy both surprise and adventure. An old house in rural England becomes the home base for four children who wander into an incredible country through an old wardrobe and help the country return to summer. In the incredible Narnia, they make friends with the frightened forest people who have almost given up hope for the return of good King Aslan, their true ruler. When Aslan was there, it was always summer. There is a great battle to see whether this magical country will remain under a wintry spell or will, once again, know freedom and summer under good King Aslan. A charming play about courage and the love of freedom.