SEARCY, Ark. – There are some famous unusual pairings out there, such as sweet and salty, pineapple on pizza and country and rap. A Searcy barber and her husband are hoping that their unusual duo will soon join the list of pairings people love; beer and haircuts. Enter Blade and Barrel, the craft brewery and barbershop rolled into one that you didn’t know you needed!

Angi Green, owner of Dirty Heads Barbershop in Searcy, and her husband Mike — a craft beer enthusiast — opened the doors of their new business in Jacksonville, Arkansas, earlier in March! The two liked the idea of combining their passions into one business; the ability to get a nice haircut on one side and have a cold, craft beer in the taproom.

The barber side will have six chairs that Angi plans to fill with talented barbers and also work there when needed. She hopes to use this new business to help aspiring barbers get their start in the industry.

“I’d love to foster the location in Jacksonville and take on a more managerial role in the shop there, and coach and foster and bring in new people so they can get their foot in the door, all while keeping everything here in Searcy,” Green said. 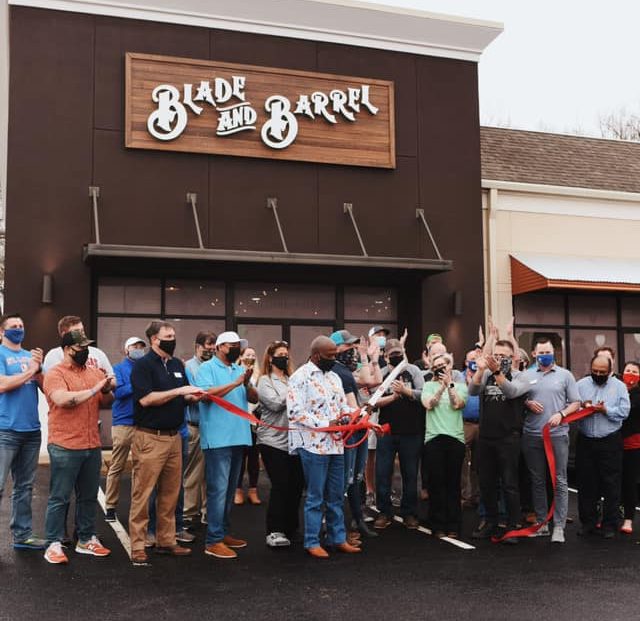 Blade & Barrel opened their doors for the first time in mid-March 2021.

Angi wasn’t always in the hair-cutting business. Back in 2015, she lost her job in the oil and gas industry during a round of layoffs. She decided to view the situation as an opportunity to do something she had dreamed about; owning her own barbershop.

“They gave us the option to kind of stay (in Arkansas) or not stay, so I chose to stay here,” said Angi. “And at that point, I kind of needed to reinvent. This was something I had always wanted to do, so I just went for it.”

She followed her dreams and opened Dirty Heads Barbershop on Beebe Capps a little over a year later in December 2016.

Angi loves her little two-chair barbershop in Searcy, but like anyone with dreams, eventually started to form a new one. This time, with her husband.

“We’re kind of combining two things that we thought would bring pleasure to everybody,” said Angi Green.

After some searching, the two finally found the home for their new vision in Jacksonville. While the work to get their new space ready took longer than anticipated — in large part due to COVID — once they found the spot, it all came together.

“We just sort of said, ‘This is it. This is the location,’” said Angi. “Everything fell into place.” 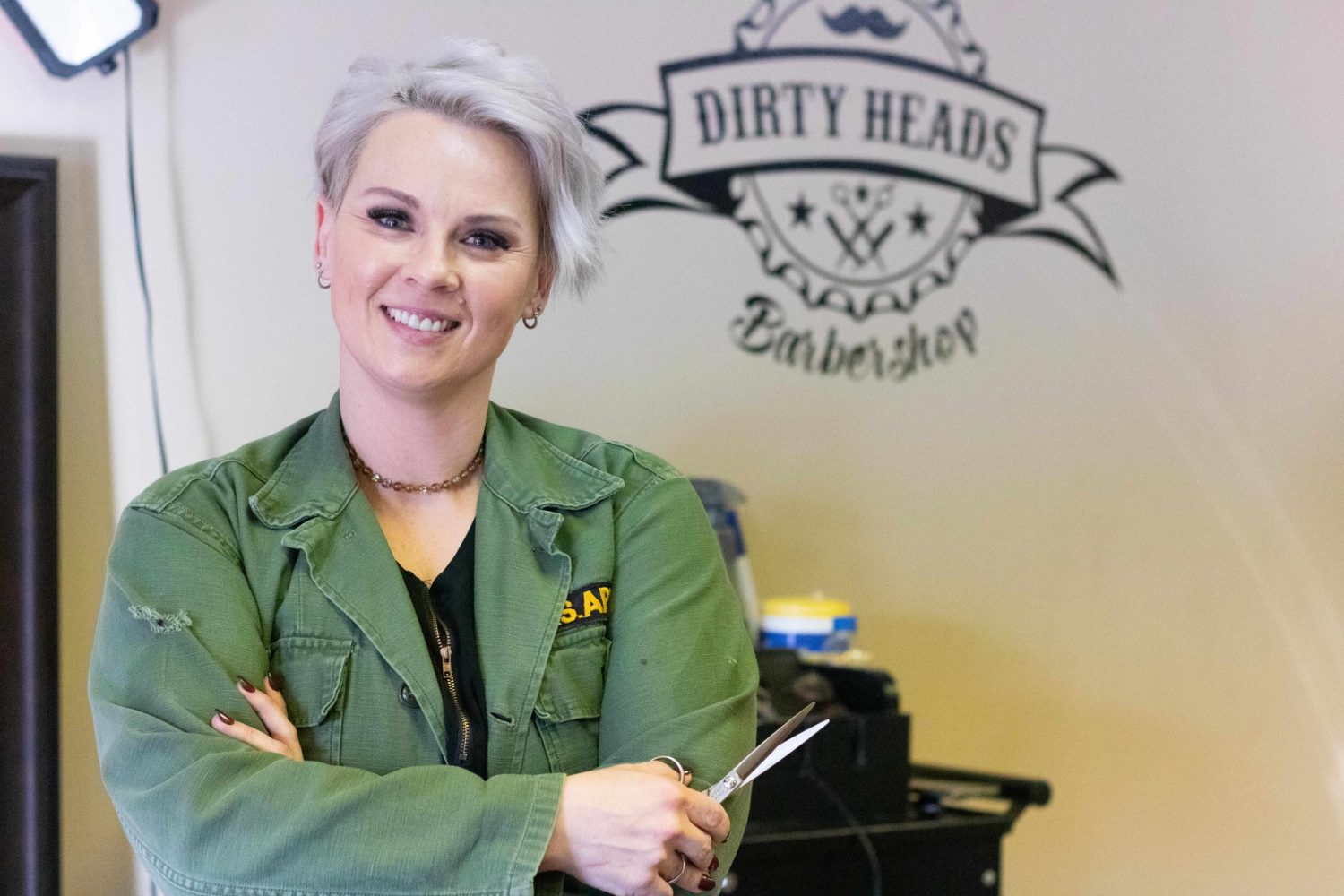 Photo by: Namon Pope. Angi Green is the owner and lead stylist at Dirty Heads Barbershop in Searcy.

While opening up a six-chair barbershop more than 30 miles away was a big undertaking, Angi says it won’t keep her from seeing her clients in Searcy with Dirty Heads’ regular hours staying the same. Her plan is to fill all the necessary positions for Blade and Barrel and fill in where needed. With Angi and her co-worker running the two-chair barbershop, she will have someone at the store even when she is in Jacksonville some days.

One reason Angi isn’t planning to leave her Searcy shop behind is the relationships she and her co-worker, Morgan Hargrove, have built with their customers.

“You’re like family when you come in the door,” said Angi. “I tell everybody that ‘It’s members-only because once you figure out where we are, you’re a member for life.”

Dirty Heads Barbershop is located in Searcy, Arkansas at 2119 W Beebe Capps Expy Suite 3. You can find more information about them on their Facebook page. Blade and Barrel is officially open at 140 John Harden Drive Suite 18. For more information, check them out on Facebook as well.